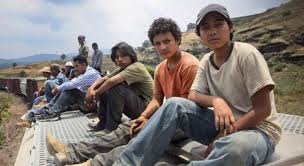 A cinema that wants to be honest approaches the present social reality, and tries to look at it with depth, respect, love; because in that gaze we may all discover something more about our life and the answer that we can offer so that our coexistence can become more dignified and more just. One of those social realities that must always be addressed is that of childhood and youth, especially when in Latin America it is the majority population, but it also remains in situations of marginalization and lack of opportunities for education and human growth, and much at risk frustration, crime, violence, loss of meaning. Today's cinema tries to reflect it.

This year 2020, among the best Mexican films selected and that go for the highest recognition, Ariel, those that have adolescents as the protagonists of their stories stand out. We briefly review them here because of the importance of the reality they show and the cinematographic quality they have. We can find them on home theater platforms.

This is not Berlin.

Hari Sama (Mexico City, 1967) remembers his searches - at 18 years of age - to be himself, to test his freedom, to discover another reality in the middle of his well-off position, to go beyond the conventional. While the parents try to keep a double standard, of appearances and prestige, and believe they have authority over the family, their children throw themselves uncontrollably into an underground and countercultural world of drugs, alcohol, promiscuity, sensory experiences, rebellious music. “Stop copying. This is not Berlin ”, asks another young man. Some young people have fun and others die of AIDS; the Mexican peso is devalued and Mexico boasts its 1986 Soccer World Cup. The youngsters are learning from the limits between freedom and death. 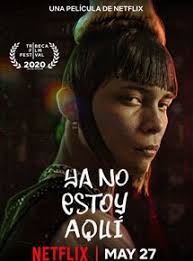 In the middle of a country dragged by the violence of the Calderón administration and the power of the Zetas, young people from popular neighborhoods in Monterrey seek to survive in gangs that give them identity and belonging. One of them, the Terkos, touches their ideal world with the "lowered" cumbias. But authorities and drug traffickers invade and destroy everything. Ulises, the leader of the Terkos, flees to New York, only to prove another helplessness, in a valley of sorrows, in a sad remoteness, like Lisandro Meza's cumbia. The beauty of the cinematography of this story makes us feel in another way the uprooting of adolescents, but also their own stubbornness for being them. We can find the movie on Netflix. 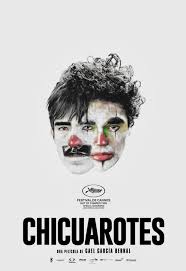 The inhabitants of San Gregorio Atlapulco, Xochimilco, are called “chicuarotes”, like a chili from that land, which is hard, spicy and enduring. In a Mexico of poverty, of enormous social inequalities and lack of opportunities to live, the youngest, educated in aggression and machismo, only see a present in crime. From there, the two adolescent protagonists, chicuarotes, try to leave Atlapulco towards another desired world, equally corrupt and violent. Then the social and moral disorder swallows their lives.

Buy me a revolver 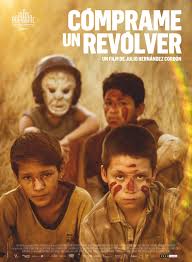 Julio Hernández Cordón has filmed all his films with teenagers as protagonists. His own daughter is in this his last film, to get closer to the painful and unsolved problem of the disappearance, violence and murder of women in Mexico, now narrated as a fable, perhaps to endure the horror. The drug dealer is a monster that devours everything; children are a possible victim or the imagination of a different life, to survive. Commentators have noted how this movie unites Huckleberry Finn with Mad Max, perhaps because only imagination from childhood can save us from barbarism, if dads themselves support.