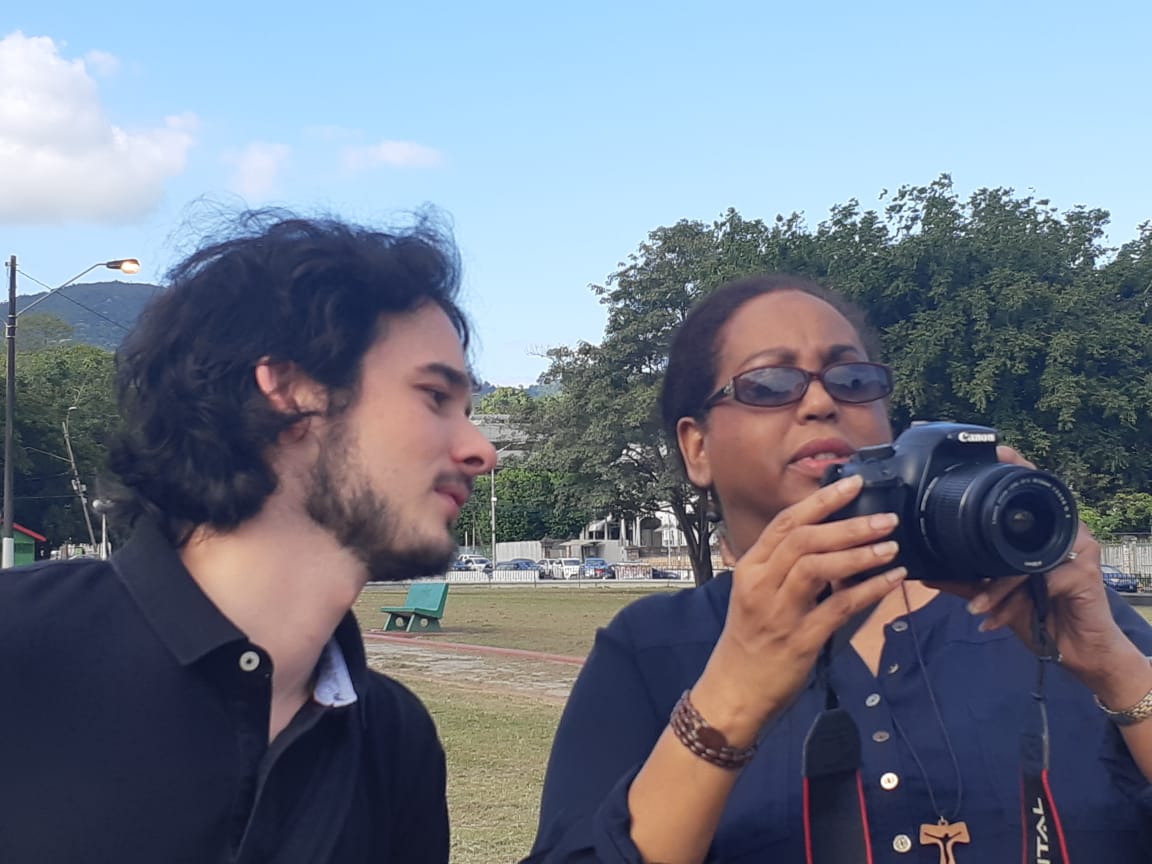 The Communications Program for the Training of Antilles Specialists (CAST) was born from the idea of an Integrated Plan for Pastoral Communications (IPCP). In August 2017 the Episcopal Conference of Bishops of the Antilles (AEC) issued a Pastoral Letter on communications entitled - 'New ways of being Church in digital
Medium'. SIGNIS Caribbean was entrusted with the responsibility of initiating and coordinating the IPCP process. Each diocese was responsible for creating its own plan that would contribute to the creation of the overall plan for the AEC region.

The IPCP described in the letter uses the Aetatis Novae - Research, Design, Implementation and Evaluation model. Over the past two years, most (arch) dioceses have successfully started the process, but many are still in the process.
Investigation phase. Most have identified the need for adequate training in the areas of audio, video, print and social media. The Archdiocese of Port of Spain, having completed the Design phase of the model and submitted a document that identified the need to create a communications resource group to fulfill many Archdiocesan production projects.
Some members of the Trinidad branch of SIGNIS Caribbean, Audioworks Ltd (Audio), Trinity TV (Video) and CAMSEL (Print), joined and developed the pilot project for CAST 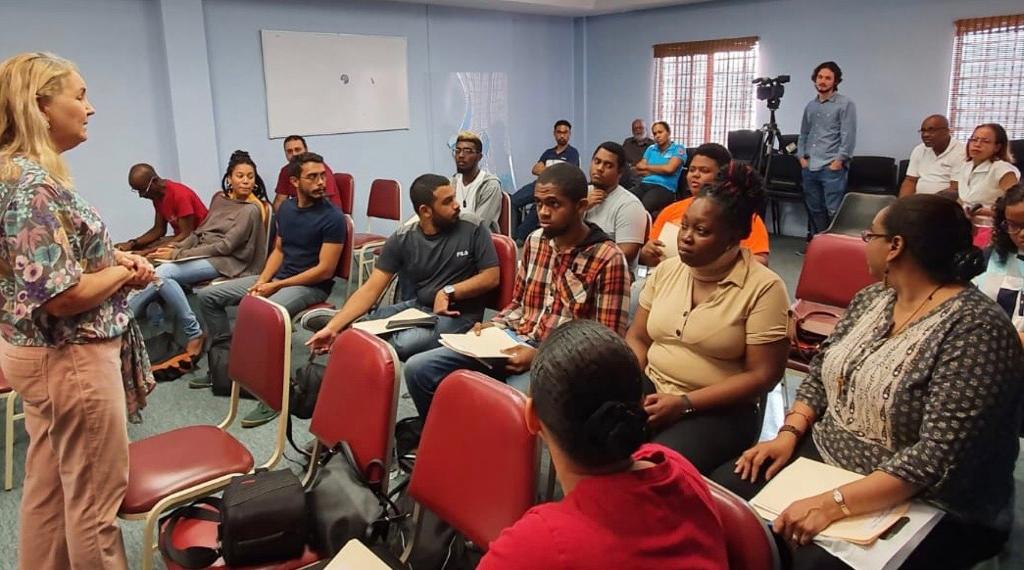 A comprehensive curriculum in each training area was outlined and developed by lead facilitators who are highly experienced in the field. Our team leaders are: Audio - Victor Donawa, Director of Audioworks Limited, Print - Kathryn Tardieu, General Manager of CAMSEL and Video - Lisa Bhajan, Station Manager at Trinity TV and president of SIGNIS Caribbean. More information about our
Facilitators can be found here. The curriculum comprised practical, technical and practical aspects, as well as theoretical aspects in each training area: audio, print, video and social networks.
Information from the application was distributed via social media and emails, informing potential applicants for the program, the criteria for enrollment, and the deadline.
Thirteen applicants were successful to be the first group of participants in the CAST Pilot Project that began on January 13, 2020. CAST Orientation Day
Audio and video classes were held at Trinity TV, Living Water Community, Frederick Street, Port of Spain, while printing classes were held at CAMSEL Composite, Brian Lara Promenade, Port of Spain. The classes were kept small and manageable and the students were divided into 3 groups. The curriculum was repeated in a three-cycle rotation (7 classes in each area) to accommodate training for each group.
Classes were held on Mondays and Wednesdays for two hours each session from January to July. After which the participants worked privately on a final project.

The participants were exposed to a great deal of knowledge in technical audio techniques. like using microphones, mixing and editing, and even cable soldering. They learned various video skills covering camera operation and digital editing. They were exposed to the production steps from researching, scriptwriting, to actually producing a final project. Print elements included press releases, reporting, managing interviews, covering assignments, and writing stories for print.

The sessions were hands-on and interactive and included some field trips / assignments. Brochures and Power Point presentations were uploaded to Google Classroom for easy sharing and access. 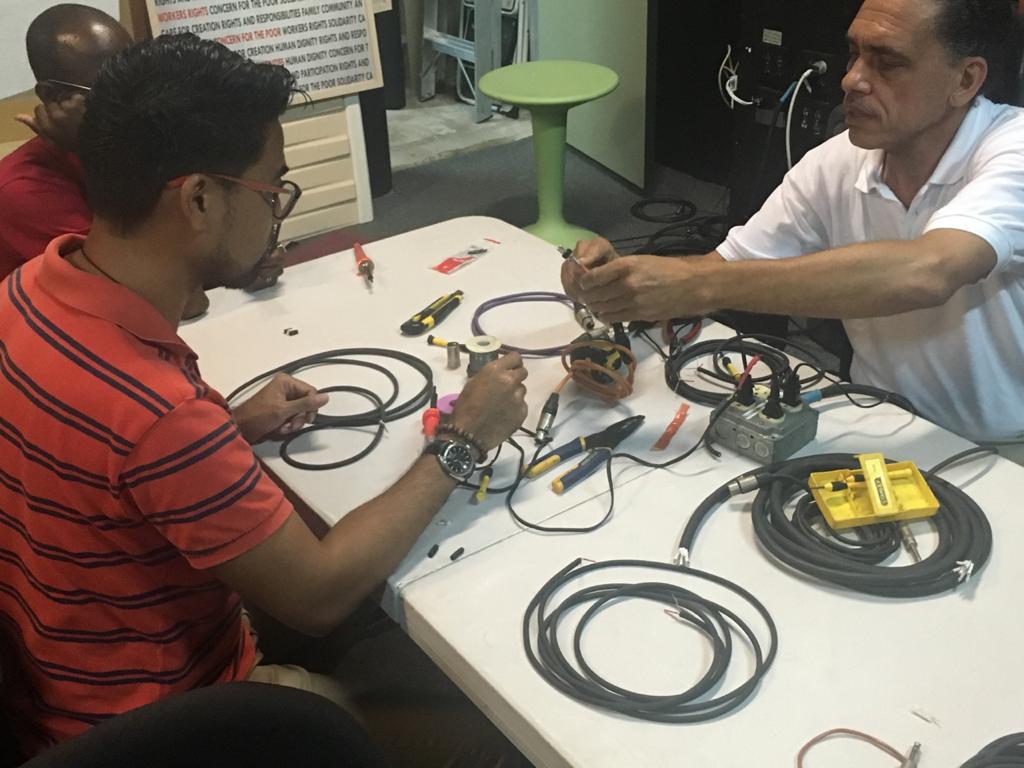 The program was going well and on schedule until the country was placed on temporary lockdown due to the Covid-19 pandemic. To avoid a long-term disruption of the project, the idea of blended learning through online classes was presented to the groups and the training was completed in July 2020 as planned. Although there were some adjustments to the syllabus and to complete the Social Media aspect, a comprehensive 3-hour workshop was conducted online.
One of the advantages of the ZOOM sessions was that they were recorded and therefore archived for the future. We were also able to include some other stakeholders, people from Granada and Santa Lucia.
Participants received a final video project (2 to 5 minutes long) based on the theme "Living in times of pandemic" to be completed by the end of August. the final projects can be seen here. (Link will be included here!)

Each of the participants received a Certificate of Participation from SIGNIS Caribe. Through Sister Angela Ann Zukowski's bond and her relationship with the Caribbean church over the years, the University of Dayton has supported this initiative by offering Continuing Education Units (CEUs) according to the schedule set in recent months. .
An evaluation form was distributed at the end of the course to evaluate the course and get feedback from the participants.

Those who completed the course must serve the Archdiocese as a reservoir of production resources for a period of two years. Since the course was offered freely to them, this is their way of giving back. There were 4 participants from
other foundations of faith and were encouraged to produce for their church communities or to produce on common themes. 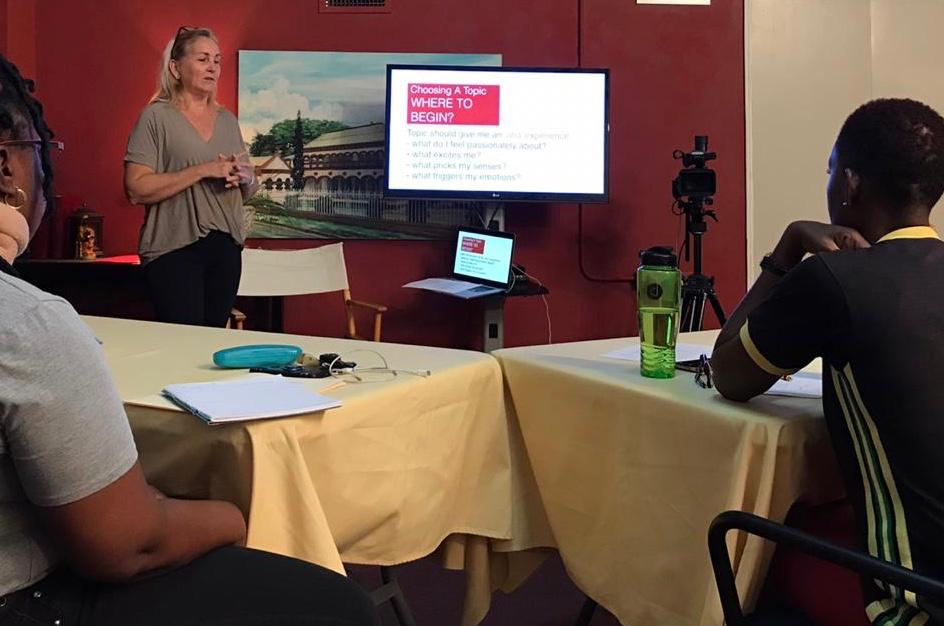 The SIGNIS Caribe team will continue to work and supervise participants to refine their particular production talents.
The plan is to expand the project throughout the AEC region. Using resources from the CAST pilot project, the training course will be streamlined to meet the specific needs of each diocese within the ACS. The name would be
changed to CAST - Communications for the training of Antilles specialists. Through the AEC Office and with the support of the AEC bishops, a funding proposal submitted to alleviate the cost has been developed.
The course will take the form of blended learning: online group sessions (using ZOOM) combined with hands-on practice, group projects, and assignments. There will be a general AEC Regional Coordinator and the selected Diocesan Coordinators and the lead team of the 3 organizations (Trinity TV, CAMSEL and Audioworks Ltd) must visit the dioceses (once the borders have been opened again)
have a proper understanding and appreciation of your particular situation and circumstances so that appropriate support can be provided.
The planning committee is exploring ways to deliver the entire program virtually. as future travel is unpredictable in the current pandemic situation.
The 6-month course cycle will be offered to three (3) dioceses at a time over a 3-year period. In this way, eighteen (18) AEC territories will benefit from the CAST Participants
(Group shot of the final project presentation meeting)