What do we mean when we say Communication/Education? 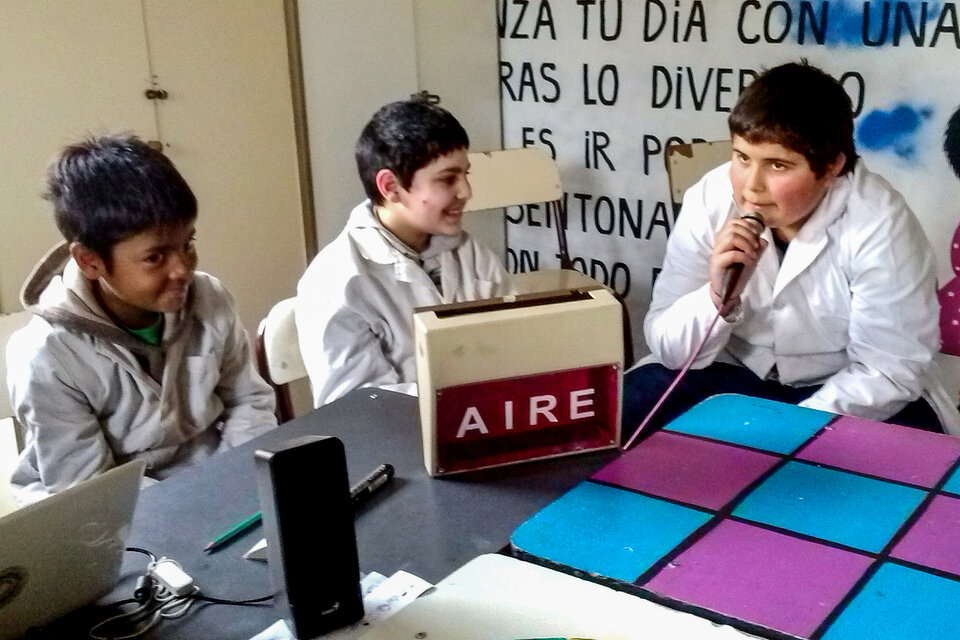 Jorge Huergo proposed to speak of "communication/education" to account for a common and transdisciplinary field of problematization. Before there is a process of construction with Latin American roots that understands education as a pedagogical-political project and understands the teaching and learning processes as interlocution plots and as a social fact.

The question about the link between communication and education may seem forced or be answered with a totalizing claim that, like any generalization, reassures: "all education is communication" or "teachers are always communicators". However, such reductionisms -the teacher Mario Kaplún already said it- do not answer anything.

Wondering about such a relationship can lead us to the search for the origin. Finding out where it all started is always a good start. Jesús Martín-Barbero narrates those beginnings with a beautiful idea. Retracing the path that led him to give birth to the concept of "mediation" (that philosopher's stone of communication), he affirms -with the conviction of one who is telling a story that, at the same time, explains and founds a universe- that The first time he heard about “mediation” was in the ideas of Paulo Freire . Thus, Martín-Barbero maintains that the first communication theory to emerge in Latin America is Freire's Pedagogy of the Word. It is, for him, the first non-literary Latin American cultural proposal (we already had the Latin American boom in literature) that, from Latin America, speaks to the world and to itself, which gives rise to a genuine interest in intellectuals from different latitudes who they begin to look at the region and at the ideas that were being born here.

This genesis, however, is not without tensions. Jorge Huergo proposes replacing the copula “y” in “communication and education” with the slash “/” to better speak of “communication/education”. In this way, it seeks to account for a common and transdisciplinary field of problematization that does not ignore the fact that both come from their own disciplinary coordinates.

An education from dialogue

To think in terms of communication/education is to enroll in a pedagogical-political project, which understands the teaching and learning processes as frames of dialogue in which the students assume the word, turning the knowledge built into a social fact.

From Latin America and for Latin America, Paulo Freire discussed the traditional school model (verticalist, authoritarian and paternalistic), but also behavioral, depoliticizing and results-focused proposals, proposing an education for democracy, in which people educate each other mediated around the world.

To think that no one is educated alone is to think that there is only education in dialogue. For this reason, this educational communication is woven into interlocution plots, which break with the "banking model" by freeing the learner from the passive role of listener and inviting him to become a speaker.

It is a deep conception, which understands that the bridge between communication and education goes far beyond the inclusion of the media and technology in general for training purposes. Not only because it demystifies the simplification involved in reducing communication to the media, but also because it understands that such incorporation can, in fact, reproduce traditional or efficient models.

In his recently published book, Radio as pedagogical mediation in education , Luis Lazzaro analyzes the different ways in which AM and FM radios contributed to education in Latin America, based on their own technological conditions. The author indicates that AM stations, with their reach to wide audiences, collaborated in mass literacy processes in different popular governments of the region that sought to expand rights. It is, of course, a valuable contribution, but it did not fail to respond to the traditional educational and communication scheme with a message directed from a central transmitter to recipients who were assigned the role of recipients of educational content. On the other hand, as a characteristic of the Argentine cultural, community and educational landscape, the presence of FM radios, with a smaller scope but entrenched in the territory and incorporated within educational institutions, promoted students and teachers to establish themselves as producers of discourses. , in a “talk to learn”.

Working in the field of communication/education is committing oneself to the theoretical but also ethical and political power that the concept of "mediation" implies, assuming that, if the truth exists, it should not be sought in one extreme or the other, but in the middle. Hannah Arendt said that politics is what happens “between” people . In this way, he revises the Aristotelian concept of the human being as a "political animal" warning that this condition is not essential nor does it exist a priori, but that it arises at the moment in which people meet.

Incorporating the perspective of communication/education into educational practices, then, does not only imply adding training in the media -which is important- nor training critical and awake audiences and users -which is urgent-, but, fundamentally , promoting a own and creative voice from which to build a learning that is projected in the social and is linked in the plots of life . The link with Comprehensive Sex Education is, thus, inevitable, as long as the construction of the common bond is sought, encouraging each person to assume their own and singular word, conceived as a right.

* Teacher of “Communication and Education”. National University of Moreno