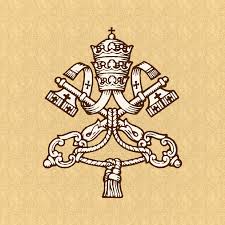 "Come and see" (Jn1,46). Communicate by finding people where they are and how they are

The invitation to “go and see” that accompanies the first and exciting encounters of Jesus with the
disciples, it is also the method of all authentic human communication. In order to relate the
truth of life that becomes history (cf. Message for the 54th World Day of
Social Communications, January 24, 2020) it is necessary to get out of the comfortable presumption of “how
it is already known ”and get going, go see, be with people, listen to them, pick up the
suggestions of reality, which will always surprise us in any aspect. "Opens
astonishingly your eyes at what you see and let the bowl of flowers fill you with wisdom and freshness.
hands, so that others can touch that miracle of life pulsating when they read you »,
Blessed Manuel Lozano Garrido [1] advised his fellow journalists. I wish, so
Therefore, dedicate this year's Message to the call to “go and see”, as a suggestion for all
communicative expression that wants to be clear and honest: in the writing of a newspaper like
in the world of the web, in the ordinary preaching of the Church and in political or social communication.

"Come and see" is the way in which the Christian faith has communicated, based on the
first encounters on the banks of the Jordan River and Lake Galilee.

Wear out the soles of your shoes

Let's think about the big issue of information. Attentive opinions have long lamented
of the risk of a flattening in the “photocopy newspapers” or in the radio news and
television and web pages that are substantially the same, where the genre of research and

of the report lose space and quality to the benefit of pre-prepared information, “from
palace ”, self-referential, which is less and less capable of intercepting the truth of things and
concrete life of people, and no longer knows how to collect the most serious social phenomena or
positive energies emanating from the grassroots of society. The crisis in the publishing sector can
lead to information built in newsrooms, in front of the computer, in the
agencies, on social networks, without ever going out on the street, without "wearing out the soles of
shoes ”, without finding people to look for stories or verify certain situations.
If we do not open ourselves to the encounter, we will remain as external spectators, despite the
technological innovations that have the ability to put us in front of an augmented reality
in which we seem to be immersed. Each instrument is useful and valuable only if it pushes us to go now
see the reality that we would not otherwise know, if it puts knowledge that otherwise
they would not circulate, if you allow encounters that would not otherwise occur.

Those chronicle details in the Gospel

To the first disciples who want to know him, after the baptism in the Jordan River, Jesus
He responds: «Come and you will see» (Jn1,39), inviting them to live their relationship with Him. More than half
century later, when John, very old, wrote his Gospel, he remembered some details “of
Chronicle ”that reveal his presence in the place and the impact that that experience had on his
life: "It was about the tenth hour," he notes, that is, four in the afternoon (cf. v. 39). The day after
—John recounts— Philip communicates to Nathanael the encounter with the Messiah. His friend is
skeptical: "Can anything good come out of Nazareth?" Felipe does not try to convince him with
reasoning: "Come and see", he says (cf. vv. 45-46). Nathanael goes and sees, and from that
moment his life changes. The Christian faith begins like this. And it communicates like this: as knowledge
direct, born of experience, not hearsay. «We no longer believe because of what you told us, but
because we have heard it ourselves », the people say to the Samaritan woman, after Jesus
He stopped in his town (cf. Jn4,39-42). The "come and see" is the simplest method to know
a reality. It is the most honest verification of any ad, because to know it is necessary
find, allow the one in front of me to speak to me, let his testimony reach me.

Thanks to the courage of so many journalists

Also journalism, as a story of reality, requires the ability to go where no one else
goes: a movement and a desire to see. A curiosity, an openness, a passion. Thanks to the
courage and the commitment of so many professionals - journalists, cameramen, editors,
managers who often work at great risks - today we know, for example, the
difficult conditions for persecuted minorities in various parts of the world; the innumerable
abuses and injustices against the poor and against creation that have been denounced; the many
Forgotten wars that have been told. It would be a waste not only for the information, but for
all of society and for democracy if these voices disappeared: an impoverishment for
our humanity.

Many realities on the planet, even more so in this time of pandemic, direct the world of
communication of the invitation to “go and see”. There is a risk of counting the pandemic, and each crisis, only
from the eyes of the richest world, of having a "double counting." Let's think about the question
of vaccines, as in medical care in general, in the risk of exclusion of
most destitute populations. Who will tell us about the waiting for healing in the most
poor of Asia, Latin America and Africa? Thus, social and economic differences at the level
planetary run the risk of marking the order of the distribution of vaccines against COVID.
With the poor always last and the right to health for all, affirmed as a
principle, emptied of its real value. But also in the world of the luckiest the drama
of families that have fallen rapidly into poverty is largely hidden:
people who, defeating shame, queue in front of the
Caritas centers to receive a food package.

Opportunities and pitfalls on the web

The network, with its innumerable social expressions, can multiply the capacity to count and to
share: so many more open eyes on the world, a continuous flow of images and testimonies.
Digital technology gives us the possibility of first-hand and timely information, at
sometimes very useful: let us think of certain emergencies on the occasion of which the first news
and also the first communications of service to the populations travel precisely in the
Web. It is a formidable instrument, which holds us all responsible as users and as
consumers. Potentially we can all become witnesses to events that otherwise
how traditional media would bypass, give our civil contribution, make them emerge
more stories, also positive. Thanks to the network we have the possibility to relate what we see,
what happens in front of our eyes, from sharing testimonies.

But the risks of social communication have already become evident to everyone.
lacking controls. We have discovered, long ago, how news and
Images are easy to manipulate, for thousands of reasons, sometimes just for a banal narcissism.
This critical consciousness pushes not to demonize the instrument, but to a greater capacity for
discernment and a more mature sense of responsibility, both when diffused and
when the contents are received. We are all responsible for the communication we do,
of the information we give, of the control that together we can exercise over false news,
unmasking them. We are all called to be witnesses of the truth: to go, see and share.

Nothing replaces seeing in person

In communication, nothing can completely substitute for seeing in person. Some
things can be learned only with experience. It does not, in fact, communicate only with
words, but with the eyes, with the tone of the voice, with the gestures. The strong attraction it exerted

Jesus in those who met him depended on the truth of his preaching, but the effectiveness of what he said was inseparable from his gaze, his attitudes and also his silences.

The disciples didn't just listen to his words, they watched him speak. In fact, in Him - the Logos
incarnate - the Word became a Face, the invisible God allowed himself to be seen, heard and touched, as the
John himself (cf. 1 Jn1,1-3). The word is effective only if it is “seen”, only if it involves you in a
experience, in a dialogue. For this reason the "come and see" was and is essential.

Let us think of how much empty eloquence also abounds in our time, in any sphere of
public life, both in commerce and in politics. «He knows how to talk incessantly and not say anything.
Their reasons are two grains of wheat in two bushels of straw. You must search all day to
find them and when they are found, they are not worth searching » [2] .
The scathing of the English playwright also applies to our Christian communicators. The correct
news of the Gospel spread throughout the world thanks to person-to-person encounters,
heart to Heart. Men and women who accepted the same invitation: “Come and see it”, and
they were impressed by the "plus" of humanity that showed in his gaze, in the
word and in the gestures of people who gave testimony of Jesus Christ. All instruments
are important and that great communicator named Pablo de Tarso would have used the
email and social media messages; but it was his faith, his hope and his charity
which impressed contemporaries who heard him preach and were fortunate enough to pass
time with him, to see him during an assembly or in an individual talk. They verified, seeing it in
action in the places where he was, how true and fruitful it was for life the
announcement of salvation of the one who was the bearer by the grace of God. And also wherever it is
collaborator of God could not be found in person, his way of living in Christ was
witnessed by the disciples that he sent (cf. 1 Cor 4:17).

"In our hands there are books, in our eyes made", affirmed Saint Augustine [3] exhorting
find in reality the fulfillment of the prophecies present in the Holy Scriptures.
Thus, the Gospel is repeated today every time we receive the clear testimony of people whose
life has been changed by the encounter with Jesus. For more than two thousand years it has been a chain
of encounters which communicates the fascination of the Christian adventure. The challenge that awaits us
it is, therefore, to communicate by finding people where they are and how they are.

Lord, teach us to get out of ourselves,
and to move towards the search for the truth.

Teach us to go and see
teach us to listen,
not to cultivate prejudices,
not to jump to conclusions.

Teach us to go where no one wants to go,
to take the time to understand, to pay attention to the essential,
not to be distracted by the superfluous,
to distinguish the deceptive appearance from the truth.

Give us the grace to recognize your dwellings in the world
and the honesty of telling what we have seen.

Rome, Saint John Lateran, January 23, 2021, Vigil of Memory of Saint Francis of
You go out.