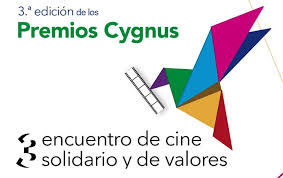 The University of Alcalá (UAH) and the Association of Producers and Distributors of Solidarity and Securities Cinema (ACIVAS) in collaboration with CINESA and EGEDA celebrate the Solidarity and Values Cinema Meeting for the third consecutive year. The program, organized by the Institute for the Study and Development of Arts and Audiovisual Sciences (CIMUART) of the University of Alcalá, will run until March 2021. The activities are specifically created to promote a cinema of human, family values , civic, social and educational.

Among its activities, the presentation of the CYGNUS Awards for Solidarity Cinema and Values stands out, which is scheduled to be held in person, in compliance with all health measures, on January 21 at the Paraninfo of the University of Alcalá. These awards seek to recognize those works that have distinguished themselves for embodying, from film and television, values such as solidarity, equality or social inclusion, among others. The virtual presentation of the III Meeting of Solidarity and Values Cinema and the third edition of the CYGNUS Awards took place on December 3. If you could not attend the virtual presentation, you can see it through this link: https://youtu.be/79udwg-Nt0g

Before this essential appointment, on December 11 there will be two round tables on digitization, in which the relationship between culture and digitization and its importance for better development will be analyzed. Its access will be free online through the YouTube channel of the University of Alcalá.

The first of the round tables will be at 12: 00h: "The centers of digital innovation for audiovisual and video games". Raúl Blanco, Secretary General for Industry and Small and Medium Enterprises; Jordi Llinares, Deputy Director General for Industry Digitization and Collaborative Environments and head of the Digital Innovation Hubs at the Ministry of Industry; Carlos Antón, Egeda Project Director; Alberto Gonzélez Lorca, president of Aevi, the Spanish video game association; José Raúl Fernández del Castillo, Delegate of the Rector for culture, science and cooperation; and Javier Santamaría, director of CIMUART.

The second round table will be at 5:00 pm: "The financing of creative and cultural industries". They will participate: Adriana Moscoso Del Prado, General Director of Cultural Industries and Cooperation in the Ministry of Culture and Sports; Rafael Lambea, General Director CREA SGR; José Bayón Lopez, CEO of ENISA; Jesús Prieto, director of CREA SGR and Platino Fund Crowdfunding; José Raúl Fernández del Castillo, Delegate of the Rector for culture, science and cooperation; and Javier Santamaría, director of CIMUART.

The following week, on December 17, the thematic exhibition “Audiovisual culture in the 80s. Referents of Generation X in Spain” will be inaugurated. A nostalgic return to this decade through some of the most popular and representative icons of the moment such as Indiana Jones, Luke Skywalker, Michael Jackson, the Rolling Stones or, already in our territory, Duncan Dhu or Radio Futura. This exhibition can be visited in the Chapel of San Ildefonso of the University of Alcalá until March 8.

The III Meeting of Solidarity and Values Cinema will continue over the next few weeks including special events such as a Cinefórum on La Trinchera Infinita or a Tribute Concert to Ennio Morricone and John Williams.

All activities will be carried out respecting the sanitary measures established by the Ministry of Health. The calendar is available on the web www.cimuart.org.

CYGNUS AWARDS: THE BEST OF FILM WITH VALUES
The Solidarity and Values Film Meetings will celebrate their finishing touch with the delivery of the CYGNUS Awards, the purpose of which is to recognize those who have distinguished themselves the most by embodying, from film and television, values such as solidarity, equality or social inclusion, among others.

The CYGNUS Awards for Solidarity Cinema and Values will take place in person, in compliance with all health measures, on January 21 at the Auditorium of the University of Alcalá. Among other categories, the Best Direction, Best Actress, Best Actor, Best Documentary, Best Animated Film, Best Solidarity Spot will be awarded or, as in previous editions, a special award will also be awarded in recognition of the career of a professional in the industry. The feature film Abuelos, the violinist Ara Malikian or performers such as Belén Cuesta and Edu Soto were, among others, some of the winners in the previous edition.

ABOUT CIMUART
The Institute for the Study and Development of Arts and Audiovisual Sciences (CIMUART) is a center of the University of Alcalá created for the research, study and dissemination of language and audiovisual communication in all its facets: cinema, television, theaters, music, video games, in short, all the realities that are created from the integration of the auditory and the visual.

It is a non-profit organization formed by a group of prestigious professionals from the academic field, together with prominent representatives of the audiovisual industries and open to all those institutions, foundations, associations, professionals, etc., who want and can contribute their knowledge and experiences, to improve, in every way, audiovisual culture.

CIMUART acts as a link between the academic world, dedicated to research and teaching, and that of the industry and audiovisual creation. Committed to films that have a positive impact on social reality, cinema and values, they join hands in this III Meeting through which CIMUART works one more year to promote a cinema of human, family, civic, social and educational values. In short, a cinema that goes beyond entertainment and enriches the viewer and society.