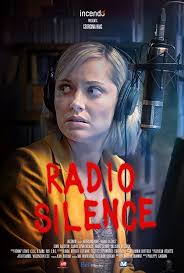 In this documentary feature film (77 min.), The essence of freedom of expression, human rights and democracy is revealed, embodied in the courage and struggle of Mexican journalists against government corruption, violence associated with drug trafficking and injustice, in this country where more than 30 thousand human beings die every year.

For four years (2015-18), filmmaker Juliana Fanjul followed renowned Mexican journalist Carmen Aristegui, one of the most critical voices in the country, in her fight for an independent press.

She and her colleagues know that they carry out their work at the risk of their lives, even when they admit that they are not suicidal. This is evident at the beginning of the film, when Carmen is in a demonstration in front of the Ministry of the Interior to demand justice for her murdered colleague, the journalist Javier Valdez.

Violence is ubiquitous: journalists, women and children are killed. Aristegui is not afraid to openly criticize President Enrique Peña Nieto and the politicians involved with the drug cartels. During the filming of this film, Aristegui is fired from the radio station where she works, both she and her collaborators receive death threats.

Aristegui uses his own resources to start broadcasting through the Internet and social networks, to continue playing his role as the “fourth estate” at the service of the people, defending human rights and justice.

Silencio Radio is a documentary on these issues and on the important role played by the media. It illustrates that the struggle to give a voice to those who have been silenced is more than necessary, in these times in which the powerful own and control most of the media, and in which this struggle becomes increasingly disproportionate.

Silencio Radio is almost a thriller that creates the impression that it will arrive at the inevitable moment when Aristegui would be assassinated, which fortunately does not happen.

Aristegui's courage is an example for the press and for journalists, especially women, who struggle to make themselves heard, defending an ethic based on human dignity and the promotion of peace as essential for a better society.

The Amsterdam International Documentary Film Festival described the film as a "powerful portrait of an extraordinarily brave and tenacious woman who makes very clear what you get when press freedom is crushed: the loss of the rule of law and a democracy in ruins. ".