On the centenary of Pier Paolo Pasolini 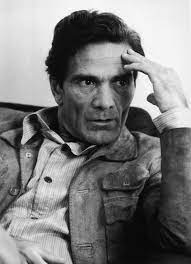 Pier Paolo (with the names of the two great apostles, Peter and Paul), was born in Bologna on March 5, 1922, the son of an army lieutenant and a primary school teacher. The young Pasolini studied Literature at the University of Bologna and began his first literary works there. Soon, the young man leaves the formal and bourgeois religion of his father, and is nourished by the natural and simple religiosity of his mother Susana, who educates him in love for the land and people, in kindness and generosity of heart. , values that Pier Paolo channels in his preferential love for the people of the countryside and the suburbs, for the poor and the marginalized.

A young Pasolini, 25 years old, collaborates with Federico Fellini to write the beautiful dialogues for Las noches de Cabiria (1957). This approach to a master of neorealism would lead Pasolini to enter the cinema. In his first films, Accatone (1961) and Mamma Roma (1962), our filmmaker paints a hopeless portrait of a society in which the poor roam the streets of Rome, without work and without food, bound to be criminals, pimps and prostitutes. , perhaps held only by the hands of God.

On a visit to Assisi, Pasolini was seduced by the purity and strength of the Gospel according to Saint Matthew, which had been left for him to read on the little table next to his bed, and he decided to turn it into images, without any gloss or script other than the same biblical text. He then writes to a Catholic friend: “I do not believe in Christ as the son of God, because I am not a believer - at least not consciously. But I believe that Christ is divine. I think it is; that in Him humanity is so lovable and so ideal that it surpasses the common limits of a human being.”

The film The Gospel According to Saint Matthew was shot in the spring of 1964, in southern Italy -Sicily, Calabria, Basilicata-, with townspeople playing the characters, a Catalan communist student as Jesus, and the filmmaker's own mother as the Virgin Mary. Once the work was finished, Pasolini dedicated it "to the dear and happy family memory of John XXIII", recently deceased, right in the middle of the Second Vatican Council. Ironically, the “atheist” and “Marxist” Pasolini expressed himself through religion, through the Gospel, in an effort to return to the roots of Christianity, to the first poor communities of fishermen and farmers in Palestine. The poor are the center of his poetic and cinematographic gaze, but above all the austere, prophetic and devoted figure of Jesus the Messiah. Pier Paolo Pasolini's work The Gospel According to Saint Matthew is "probably the best film about Jesus ever shot", according to the Osservatore Romano, the official newspaper of the Vatican, in an article published in July 2014, in the 50 years of the premiere.

In Pajaritos y pajarracos (1966), in the tone of a fable and an ironic and exaggerated comedy, Pasolini proposes a disillusioned reflection on the death of Marxism and ideologies, but also on the failure of the institutional Church; a word about the beautiful and utopian hope of the triumph of the humble, and the arrival of the kingdom of the poor and the outcast. Without confessing to being a Christian, the filmmaker bets on a return to the origins, to the message of Jesus.

In his next films, Pasolini leaves the Italian streets and takes up and adapts two classic Greek tragedies: Sophocles' Oedipus Rex and Euripides' Medea. But the director's concerns are still alive: the primitive rural world has collapsed for the sake of an advanced and industrial modernity, but inhuman. We are victims of a 'destiny' that drags us and pushes us towards the abyss without us knowing what to do.

In 1968, our author films one of the most interesting, important and revolutionary films in the history of cinema: Theorem. In it, a high-class family receives a visit from a strange and handsome young man who comes to spend a few days with them at their home in Milan. It is like an angel of Yahweh, it is the visit of God, who touches them, speaks to them, seduces them, convulses them. A mysterious being that enters their lives to know what is in each one, each one, with all the intimate and sexual connotation that the verb “know” implies in biblical texts. The family is made up of father and mother, a son, a daughter and the maid.

When the visitor leaves them, each person enters a state of confusion and revelation of their existential emptiness, and their lives can no longer go on the same. The mother and the two children are unhinged in their answers, the father strips himself of all his belongings and goes to the desert, the maid returns with dignity to her people, to her origins, and is venerated as someone touched by God, whose tears can bring new life or perhaps just alienation. See Teorema impresses by the poetics of the image, of the speech, of the symbols, of the eroticism and of the divine, that there is in her. I think no viewer is the same to see it. Our author begins the seventies with the so-called "Trilogy of Life": The Decameron (1970), The Canterbury Tales (1972), The Thousand and One Nights (1974). Pasolini leaves aside the Italian social reality and takes up classic stories of literature, to present his vision of the primary desires of the human being and an exaltation of life and sexuality, with a style that overflows contemplation, imagination, artistic sensitivity, joy, delight, healthy irreverence. Pier Paolo used to say: “The mark that has dominated all my work is the longing for life. And the feeling of exclusion does not diminish but rather increases the love of life”. That is the sentiment that pervades the Trilogy.

Pasolini thought to continue with the "trilogy of death", which begins with Saló or the 120 days of Sodom (1975). Shortly after finishing this film, Pier Paolo Pasolini was murdered in the most cruel and violent way, in the early hours of November 2, 1975, in Ostia, a beach near Rome. The motives for the crime are still obscure and will surely never be known. But the trajectory of the filmmaker, thinker, essayist, poet, gives to say that his criticism of institutions and power, his free spirit and without concessions, his provocation to all to seek a more authentic and humane life, conspired to kill him, As so many times in history, attempts are made to silence and eliminate truth and freedom.

Pier Paolo Pasolini was always an honest, free, incorruptible man. A man of his time and against his time; a prophetic voice that the powerful never managed to silence, until they desperately assassinated him, and wanted to dirty his soul with an invention of motives and falsehoods that only made the truth that he always proclaimed shine more. A deeply religious man and admirer of Jesus of Nazareth, but an atheist and critic of the Catholic religion and its alliance with the powers that be; a lonely prophet against a society of consumption, of superficiality and appearance, against all the perversions of power and money.

In a television interview in 1971, he had said: “My gaze towards the things of the world is not a natural gaze; I always see them as miracles. It's a religious look." And I would say, because it is a gaze that links us to what is most authentic in human beings: with their longing for truth, goodness and beauty, and against all lies, hypocrisy, domination. The invitation is to see his cinema again and connect with that gaze.