Easter Vigil Cinema: see or review stories about faith and something else 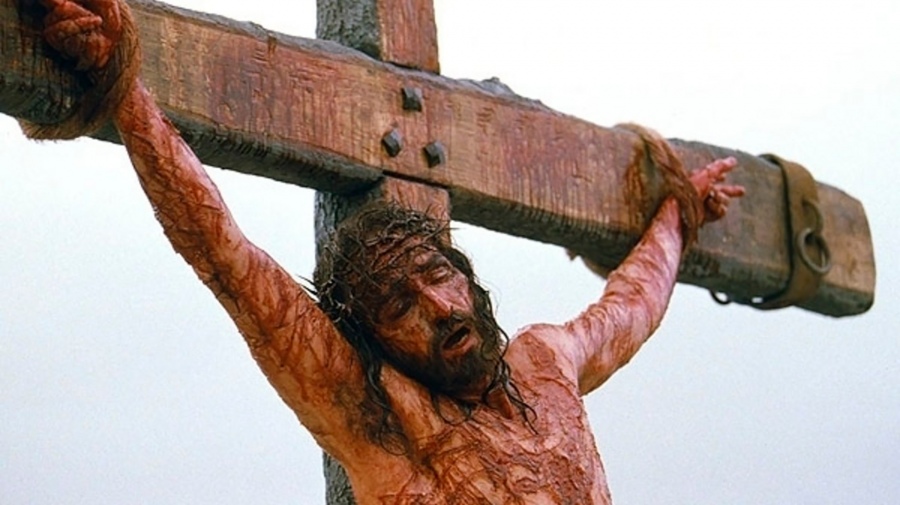 From Thursday to Sunday, Holy Week calls for discovering or reviewing the titles that the cinema has been offering since the beginning of the 20th century dedicated to the life, passion and death of Jesus, according to the Gospels, and sometimes with some transgression, works that reflect with acidity or relentlessly topical about faith. Just as the Englishman Terry Jones and his group Monty Python proposed in "The Life of Brian" or the Canadian Dennys Arcand in "Jesus of Montreal" ,

Towards the end of the 19th century, one-reel productions about Jesus were shot: the Lumiere Brothers premiered "The Life and Passion of Jesus Christ" , shot in Bohemia, lasting fifteen minutes, and shortly afterwards "Le Christ marchant sur flots" also circulated. " (1900), by George Mèliés , "La Passion du Christ" (1902) and "La vie du Jesús" (1904), by Ferdinand Zeeca after engravings by Gustave Doré and "From the manger to the cross" , a very expensive production shot on location in Egypt and Palestine, and finally "Le Baiser de Judas" (1913), by Armand Bour ,

In times of that silent cinema, the second episode of the monumental "Intolerance" (1916), by the American filmmaker David Wark Griffith , had as its axis the mission and the crucifixion of Jesus, imposing the religious theme in the great Hollywood cinema, and from That key chapter in the history of cinema, the industry became aware that these proposals would become a genre with its own strength, where stories already read countless times in the gospels, came back with more and more strength.

A few years later, it would be French cinema with "Golgotha" (1935), by Julien Duvivier , starring Robert LeVigan as Jesus, Henry Baur as Herod and Jean Gabin as Pontius Pilate, which shows the last days of the son of God from his entrance to Jerusalem, which will be followed by two Mexican women, "Jesús de Nazareth" (1942), by José Díaz Morales , with the Argentine José "Pepe" Cibrián in the leading role, and "El mártir del calvario" (1952), by Miguel Morayta , with Enrique Rambal.

It is obvious that since then, and in different ways, the cinema has taken on religious themes, some with more deployment, others more discreet but in all cases they had an impact, however, the end of the Second World War and the irruption of color had to wait. on the big screen, to achieve the effect that Hollywood was looking for for this type of production aimed at captivating a massive audience of any age and of any nationality.

Although there were productions with epic features such as "Quo Vadis?" (1951), the first passage of religious film material, as this subgenre is defined, was with "The Sacred Mantle" (1953), by Henry Koster , with Richard Burton and Jean Simmons , whose title refers to the Shroud of Turin - also known as the Holy Shroud - a linen cloth that shows the image of a man with physical marks of a crucifixion, without a doubt that of Jesus.

In "The Ten Commandments" (1956), Moses discovers that he is a Jew and heeds the call of God, who asks him to free his people from slavery and lead them to the promised land, however Pharaoh Ramses will resist that challenge, but it will only be "King of Kings" (1961), a new twist to the 1926 silent film directed by Cecil B. de Mille , with the imprint of Nicholas Ray , the story of the child Jesus, when the king who supposes him to be the son of the messiah, he decides to kill all the newborns, and his parents, Mary and Joseph, manage to flee and save his life.

In 1959 William Wyler presented his updated version of "Ben-Hur" , which by the mid-1920s had already been directed by Fred Niblo with Ramón Novarro in 1929, which tells the life of Judah Ben-Hur in relation to the tradition about the life of Jesus of Nazareth, both with chariot races, the second with memorable works by Stephen Boyd as Mesala and Haya Harareet as Ester, who won the Oscar for Best Picture and ten others.

That first stage, which encompasses silent and sound cinema with the canons of Hollywood cinema, gives way to a second with post-neorealist Italian cinema, especially with Pier Paolo Pasolini , with his forceful "The Gospel According to Saint Matthew" (1964) which He recreates the passion of Christ crudely and images that seem taken from the proletariat of his country in the postwar period, and a decade later Roberto Rossellini with "The Messiah" (1975), his last feature film.

In 1965 it was time for "The Greatest Story Ever Told", a challenging title without a doubt for a film by George Stevens , but with some scenes directed by Jean Negulesco and David Lean , it takes the life of Jesus of Nazareth according to the New Testament, in an original version of 4 hours and 20 minutes, later reduced by an hour and finally to almost half, brought together Max von Sydow , who had just become a great star of Ingmar Bergman , with Charlton Heston and José Ferrer.

However, for the great public of the mainstream, the great shock had come shortly before with a musical entitled "Jesus Christ Superstar" (1973), the imposing and transgressive musical by Andrew Lloyd Webber and Tim Rice , which had several formats before reaching the big screen at the hands of Norman Jewison , who had surprised us shortly before with his version of "Fiddler on the Roof" , a classic of Hasidic culture, based on stories by Sholem Aleichem .

His time in the theater was controversial, but his time in the cinema was no less forceful, as he gets into the psychology of Jesus and delves into his story from the point of view of Judas Iscariot, who is portrayed by a black actor, as a figure tragic and dissatisfied with the course taken by his teacher's doctrine, and poses a political and personal confrontation between the two that does not appear in the Bible.

During the development of the plot numerous intentional anachronisms are presented as well as contemporary attitudes as well as modern language in the lyrics of the songs. These ways of telling what until then was the heritage of the church generated a lot of controversy throughout the world, including the persecution of censors who at that time carefully observed the religious references that transgressed the politically correct canons.

Right here in Argentina, when it was presented in a theatrical format in 1973 with a production by Alejandro Romay , two years after its premiere on Broadway, it suffered an arson attack that ended with the total destruction of the Teatro Argentino in downtown Buenos Aires, and the same version cinematographic was observed with great attention by the official qualifiers of that moment.

To compensate for so much pure religiosity, the British group Monty Python launched the irreverent and hilarious "Life of Brian" , the story of Brian Cohen, who is born in the doorway of a stable, a few steps from the birthplace of Jesus, which in a principle confuses the Magi, who came to praise the "king of the Jews". They offered the three gifts of gold, frankincense, and myrrh to Brian's mother, Mandy, but realize their mistake and return to retrieve it.


The counterpart with the official permission of the church would come with "Jesus of Nazareth" (1977), by the Italian Franco Zeffirelli, about the birth, life, ministry, death and resurrection of the eponymous character and that touches the four gospels, according to the interpretations of Robert Powell, Olivia Hussey and Anne Bancroft , with a script by Anthony Burgess ("A Clockwork Orange") and Suso Cecchi D'Amico and how soon after it would become a miniseries.

It is vox populi that the American filmmaker Martin Scorsese confessed that in his youth he was about to follow the priesthood but that he finally dedicated himself to communion with the seventh art, a profession that allowed him to take the book by Nikos Kazanzakis (author of the well-remembered novel "Zorba, the Greek") "The Last Temptation of Christ" (1989), a controversial story that nobody wanted to produce, and achieve a small, great masterpiece about what would have happened if Jesus had not been crucified, starring Williem Dafoe .

From that same year is the equally challenging "Jesus of Montreal" , by Canadian Dennys Arcand , with Lothaire Bluteau, Catherine Wilkening and Johanne-Marie Tremblay , in which a group of actors and friends stage a representation of the passion of Christ, but they bring the facts to the present, and they themselves become the protagonists of a story that is very similar to the one represented, something that worries the church that supports them.

By the end of this review of works that can be seen on different digital platforms, there are two proposals that are very different from each other. The first is "The Passion of the Christ" another hyper controversial story about the last days, starring John Cavizel , with violence exposed in the foreground, with dialogues in Aramaic, Latin and Hebrew, as well as a great staging, in the Monica Belucci and Maia Morgenstern also participate.

The last of this list is "The young messiah" (2016), by Cyrus Nowrasteh , according to the novel "The messiah, the Jewish boy", by Ann Rice , author of several best sellers and the gothic saga "Vampire Chronicles", which takes Jesus at his seven years old, when he returns to Egypt to his house in Nazareth discovers the truth until then only known by his parents