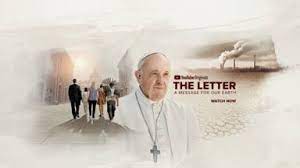 Vatican City.- This Tuesday, October 4, on the feast of Saint Francis of Assisi, the premiere of the documentary film "The Letter" was held, which focuses on the encyclical letter Laudato Si', written by Pope Francis in 2015. The 81-minute documentary includes testimonies and proposals to stop the global ecological crisis made by several leaders, committed to the front line in caring for our common home.

The film “The Letter”, written and directed by Nicolas Brown, offers excerpts from Pope Francis' messages on the climate crisis and the story of various leaders' trips to Rome to discuss the encyclical Laudato Si' with Pope Francis.

The presentation ceremony took place in the press room of the Holy See and was attended by Cardinal Michael Czerny, Prefect of the Dicastery for the Service of Integral Human Development; Dr. Hoesung Lee, Chairman of the Intergovernmental Panel on Climate Change.

Also present were Chief Odair "Dadá" Borari, the protagonist of the film and General Chief of the Maró Indigenous Territory, in Pará, Brazil; Dr. Lorna Gold, President of the Board of Directors of the Laudato Si' Movement; and Nicolas Brown, writer and director of The Letter, introduced by Matteo Bruni, Director of the Holy See Press Office.

The world premiere of the documentary film “The Letter” took place this Tuesday, October 4, from 6:30 p.m., Rome time, in the New Hall of the Synod in Vatican City.

The film tells the story of the trip to Rome of various leaders, committed to caring for our common home, to discuss the Encyclical Letter Laudato Si' with Pope Francis. The exclusive dialogue with the Pope, included in the film, offers a revealing insight into the personal history of Pope Francis and stories never seen since he became the Bishop of Rome.

The film's protagonists are an indigenous leader from the Amazon, a climate refugee and student from Senegal, a youth activist from India, and a team of scientists from the United States (husband and wife), representing the voices that are often not heard. are heard in the global dialogue about our planet.

Through their transformative encounter with the Pope and with each other, they find new hope for our common home.

Cardinal Raniero Cantalamessa OFM, Preacher of the Papal Household since 1980, appears in the film and offers a unique perspective to understand the ancient Franciscan roots of the message of Pope Francis' Encyclical Letter Laudato Si'

The film “The Letter” was produced by the Oscar-winning team Off the Fence (My Octopus Teacher) in collaboration with the Laudato Si' Movement, with Emmy-winning director Nicolas Brown directing. 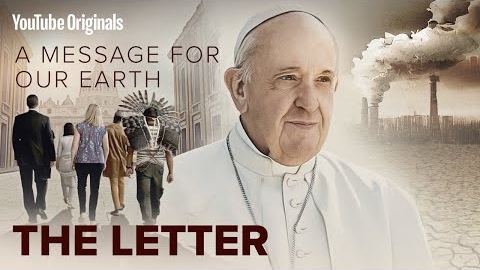