Media manipulation of the pandemic: one of the most shameful chapters in the history of journalism 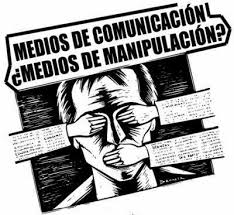 by: Cecilia González, journalist and writer for RT

They post false data. They manipulate information. They distort strategies for the sake of their political phobias and philias. They compare incomparable countries. They speculate. They lie. They campaign against governments or politicians with whom they disagree. They publish rigged balance sheets. Political readings, based on partisan interests, displace scientific ones. They stimulate indignationitis from a double standard. They militate against quarantines, controls and restrictions. And now against vaccines.

The year in which we lived in danger due to a health emergency made the media assume responsibility for the social service that we must provide to society. Prudence, serenity, professionalism and seriousness should have been the premises of newspapers, portals, radio and television networks during these months in which the Covid has represented the loss of millions of lives around the world.

But the traditional, majority and most influential press in Argentina, did not comply.

The initial commitment of: "we stop the virus together" evaporated. Polarization quickly returned to Argentina after a few first months in which, in an unprecedented way, President Alberto Fernández managed to install messages (and images) of national unity with the support of the opposition.

The most important thing for a group of media and journalists is to discredit the government, even at the cost of increasing the risks of a pandemic. They generate climates of skepticism, rebellion, scaremongering, and obsession with their favorite villain, with speeches that often embrace ridicule.

It was enough that the polls showed that the high levels of popularity that the president had in a short period after the arrival of the coronavirus began to decline for much of the press to resume its opposition role with an editorial line that is not based on research , information, data, or science, but pure and simple anti-Peronism.

The most important thing for a group of media and journalists - fortunately, there are never all, there are multiple exceptions - is to discredit the government, even at the cost of increasing the risks of a pandemic. They generate climates of skepticism (does the quarantine work or is it a failure? Isn't it better to open everything up for the economy to recover?), Of rebellion (instigating anti-quarantine / anti-government mobilizations), of scaremongering (everything is a disaster, is the worst country in the world, you have to flee from here), of obsession with his favorite villain (Vice President Cristina Fernández de Kirchner is the culprit of all evils), with speeches that, many times, embrace the ridiculous.

Irresponsibility is in full swing now with its campaign to make the population doubt about the effectiveness of vaccines, especially Sputnik V, which has been surrounded by a demonic aura.

If it were not so serious, it would be funny if they talk about the "Soviet" vaccine, about the USSR, about communism, about everything that ceased to exist three decades ago in that country. Incredible as it may sound, many journalists got stuck in the Cold War and subscribe to the schematic Western narrative that Russians are always the bad guys.

They sustain that story even though reality denies them, either with the recent dialogue between Angela Merkel and Vladimir Putin to analyze the possibility of Germany and Russia producing the vaccine together, or the agreement between the manufacturers of Oxford and Sputnik V to make trials with the combination of both vaccines. With complete ignorance of the valuable contributions that Russian science offered to the world throughout its history.

The campaign against the Russian vaccine in Argentina: from fear of "Soviet communism" to distrust without scientific basis

Since the government of Alberto Fernández announced the purchase of Sputnik V, distrust and a priori disqualification increased, based, of course, on false data: that if there were no reports of the studies, of the tests, of the results in the volunteers, that no other country wants this vaccine, that it is just a business between "the communists" presidents of Russia and Argentina who are manipulated by Fernández de Kirchner, that the vaccine was not going to arrive in December and, when it did arrive, that it was useless because it was just a "rehearsal" or that, outright, it was dangerous.

Last week, with the arrival of the first doses of the vaccine, the campaign intensified. The headlines gloated over alleged negative effects that, surprise surprise, were discredited in the notes themselves. That the headline does not coincide with the development of the information is already a classic, but also in public health issues? Horror.

Thanks to this strategy, the fashionable question is: "Would you wear the Russian vaccine?" The phrase loaded with stigmatization and prejudice and repeated daily in many of the most important mass media is disseminated on the streets, in homes, in workplaces. The suspicion expands at the cost of putting the population at risk.

The coverage of the opposition press has already gone through comparing the "success" of Finland, Switzerland or Uruguay in handling the pandemic, with the "failure" of Argentina; reject the arrival of Cuban doctors because they are "spies"; denounce the false mass release of murderers and rapists under the pretext of the coronavirus; to warn about the statist-communist threat of the ruling party and magnify any negative criticism (never positive ones) from the foreign press to the government or the country.

They also insist that there is a Nazi or dictatorial government; they complain that "the longest quarantine in the world" is not such; and they warn that "we are going to be Venezuela", the stigmatizing and unsupported threat that the right wing has imposed on an international scale.

Hopefully we respect society and our craft. Hopefully we would return to basic issues such as criticizing, questioning, contrasting, checking data, consulting specialists, investigating, demanding transparency in official information and exercising self-criticism to banish the habit of speaking without knowing.

In the midst of all this, scientific journalists have had to swim against the current, often almost alone , with helplessness in the face of the daily misinformation that is installed through the networks and that are taken up by the press that considers itself "serious ".

It is not, of course, about defending any government, that is not our task, nor is it our task to justify the chaos at the mass wake of soccer player Diego Armando Maradona, the contradictions of the president and officials who do not wear chinstraps or respect social distancing , the lack of response to the multiple cases of institutional violence recorded during the pandemic, or the epic overreaction due to the arrival of vaccines, to name just a few questionable episodes.

But our job is not to attack without foundation, much less to promote social anger, polarization and permanent, absolute negativity, which establishes that everything the authorities do is wrong.

Hopefully we respect society and our craft. Hopefully we would return to basic issues such as contrasting, checking data, consulting specialists, investigating, demanding transparency in official information and exercising self-criticism to banish the habit of giving opinions without knowing. As the colleagues of the Faro Digital portal say: Asking is the task of journalism; sow doubts, no.

In other words, what we must always do. Perhaps today it is too much to ask the media and journalists who, sadly, prioritize their economic and partisan interests over the quality information that societies deserve.