"Soul". The challenge of representing the soul 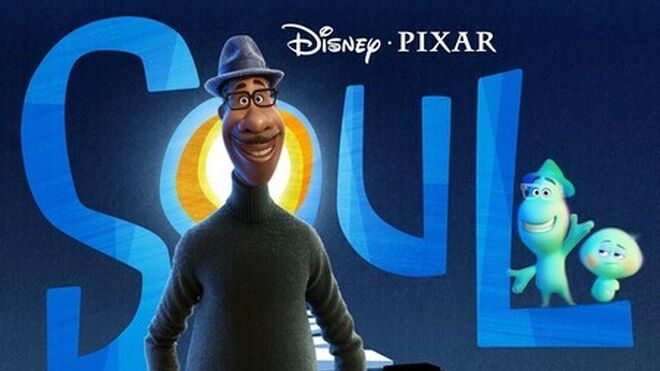 N or no spiritual film with no intent to show the soul. This time the intention is in the same title. One of the most complete Pixar films in substance and form. Because that is what cartoons are about, putting soul into drawing is more than putting movement into it, it is giving it personal identity, character. And in this case we are shown that the spark of life is more than the purpose of what we do. That we come from a further back and we are going to a further. Where each human being is unique and unrepeatable, called to put meaning in his life in the midst of darkness. A melodrama around the second chance in the same vein as How beautiful it is to live!

The films are not a treatise on theology or a catechesis. They are, mainly, stories to entertain, Disney dixit . In this case it has several claims; besides making money, of course. On the one hand, in the style of Pixar, it tries to capture the family audience: capturing children, fascinated adolescents and giving adults something to feel and think about as well. In addition, by this time he intends to win over the African-American cultural majority knowing that with the Hispanics of Coco (2017) they are market niches to be exploited. That said, Pete Docter is the thinking and metaphysical head at the factory. Mostruos SA (2002), Up (2009) and Del reversés (2015) have already warned us that “he lives in a place between the material and the spiritual”.

This time "Soul" boldly ventures into the ocean of religion . What is life about? What is there after death? How to represent the soul? The rules imposed to ensure that it is for all audiences us two: God must not appear or be heard and no religion should feel hurt. The most a transcendent and attractive light at the end of a postmortal ascent. Marked this playing field "Soul" wastes symbolic capacity and thematic adaptation to the last big questions.

Characters. Joe is an African-American music teacher at a public high school whose ultimate purpose is to join a jazz group with his piano. 22, an unborn soul who resists reaching a world that is imagined as boring. Dorothea a wise black saxophonist. Moonwind, an astral wizard whose soul is often separated from his body, sometimes. The Jerrys are a kind of Picassian advisers who educate the souls in training with the help of mentors of recognized value. And Joe's mother, a seamstress who wants her artist son to get a head start.

The worlds. The most here, the New York of hustle, skyscrapers and, above all, jazz. And the Beyond I barely glimpse as the luminous place behind life and death. The Further back where part of the action takes place in a " You Seminar" that prepares souls to incarnate. Also, the Earthly Portal, a hole in space-time through which new souls are thrown to earth.

The animation. Classic and detailed for the most here. In the linear and geometric afterlife, close to Disney's genesis of its first Mickey Mouse, simple and marked by the preponderance of blue trimmed with fuchsia and gold with an astonishing, apparently childlike simplicity. The dark area, in black of descent and the lost souls as great blots. And the mystical zone that raises the celestial and luminous tone when one learns to jazz, the closest thing to the altered state of consciousness.

The BSO takes as the starting point in electronic music and the permanent inspiration of jazz with classic songs like “Cristo Redentor”, “Spiritual Connection” or “Body and Soul”. It serves to accompany the trips between heaven and earth. The allusions to the cinema are also sown like the dry leaves of ”American Beauty” and the pen of “Forrest Grump”

From the Christian point of view some drawbacks. The resistance to the Donor appearing. Certain vehicular and dualistic conception of the body for which the soul must obtain a driver's license. From there the transmigration of souls in their astral travels or in successive even cat incarnations. A certain fear of the hereafter compared to the good of the hereafter. However, as the representation of the soul is problematic to sustain identity, here we have Joe's soul wearing his hat and equipped with his glasses, the external-internal remains of his body as a flesh and blood character. The corporis form resists the ethereal, the invisible.

Despite the limitations, due to the demands of the audiovisual script there is a strong claim to the spiritual, certainly interreligious terrain . But without the excesses of the Platonic cave, the senses of the body (taste of pizza, hearing of jazz, touch of the wind - even if it is the stale air of the subway - and sight of beauty) point to the sense of the soul. The personal decision that is more than the purpose of what we are trying to achieve. More than playing in the best jazz band, the essential thing is to play to dispel the shadows of lost souls. In addition to leaning out of the window of the afterlife, so close to loose bricks, runaway motorcycles or deluded distractions.

"Soul" is more implicit than explicit, more incomplete than decisive, more mysterious than closed. In it there is a strong vindication of the You. It is not about the loving partner, but about the sacrificial friendship where when life is lost, a second chance is gained. Let's go to the You seminary.